Children & The World of Technology

How does it affect our children?

The rise of modern technology has been monumental, with the likes of smartphones, social media platforms and interactive systems. But how is this affecting our children? It seems we live in a world now where we see children as young as 2 clinging on to their mum or dad’s smartphone to watch videos or play games. At times, young tots will even know how to navigate a smartphone and know exactly how to get to the video or game they want to play. Is this impressive or scary?

It’s true that everything has become so much more accessible via technology nowadays and you can search for, or learn, pretty much anything on the internet. And while technology for kids is also “a source for learning and entertainment” through educational games and TV shows as mentioned on VeryWell, with it comes some noticeable disadvantages such as time spent on smartphones and tablets, inappropriate content children could be exposed to and the questionable safety of our children online. Here are some reasons why, according to VeryWell, we should think about limiting our children’s use of technology: 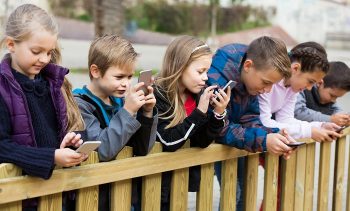 Finding other ways of entertaining children when they get bored is key to cutting down their use of technology and will mean they are less likely to become addicted to the TV or smartphone devices. Here are some other ways to limit technology use:

Another question to consider regarding children and technology is when should a child be allowed to have their own phone, computer, or access to the internet?

This is a tough question to answer as it will ultimately be up to the parents to decide whether or not they want their child to have their own smartphone and when. Most families will have a family computer or tablet that children can use and parents can monitor. Other parents may give children their own computer or laptop when they feel their kids are ‘old enough’. With technology becoming more and more advanced by the day, it’s not surprising anymore if you see a child as young as 8 with their own smartphone. Is this too young? 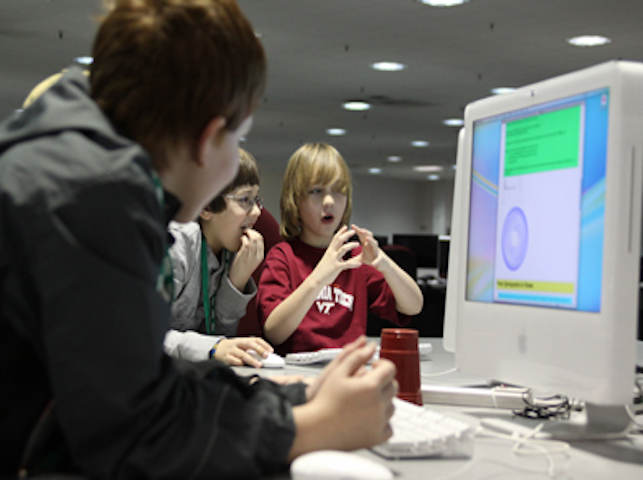 Graham from D.A.D. has written an article about this challenging subject with his own experience, as he has a son who entered Year 6 this year. He says, “this is an individual choice for parents. Something to consider is how responsible your kid is. Most kids end up with a parent’s old phone that’s been handed down, and that’s probably more sensible than buying them a new one. Think about how much a smartphone costs and whether your kid can be trusted not to lose or drop it in the playground.”

He also touches on the safety of a child owning a smartphone, as they can become a target for crime. In fact, a recent study from The Children’s Society revealed that this is almost two-fifths of British kids’ biggest fear, so this is something to consider.

However, on the other end of the scale, Vicky Mitchell wrote an article for HuffPost regarding the positive effect technology has on children. Here’s what she had to say about her experience when discussing her child’s birthday present with her partner: “When discussing what to buy our nine year old for his last birthday, my husband pitched for a basic laptop computer. My response was “No bloody way! He’ll have wholesome construction toys, craft materials and books – stuff that makes him think”. My husband won (a rare occurrence) and in the last year we’ve been living with a diminutive coder, graphic designer and animator. There’s been no shortage of thinking.” This shows that technology can have an impressive impact on young children and can open up so many doors for them in the future.

So how is technology affecting children today? What do you think? Some will argue technology has a grave impact on children, in terms of health and mental stimulation. Whereas, others see technology as a limitless realm of opportunity for kids, especially regarding future careers. “Most of the fastest growing jobs today involve technology. Kids need to learn how to use this stuff because it’s going to be part of their jobs.” BOLD

I think most people can agree however, (whichever side of the coin they are on) that we need to be mindful of the impact technology can have on children and learn how to limit use of devices so that they, and we, are not consumed by it.

For more information on any of the topics featured on this blog, get in touch. We would love to hear from you.