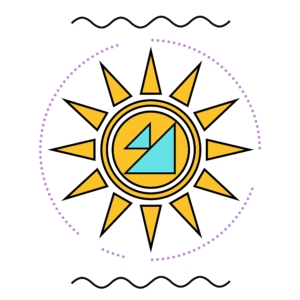 January is looming fast, how can you and your child prepare for this stressful time?

As we approach the end of the year at breakneck speed, if you’re a parent of a child of eleven or so, it’s not preparing for Christmas or planning the New Year’s party to end all New Year’s parties that’s likely to be on your mind – it’s the independent and grammar school entry exams that they’ll be sitting in January that will be causing sleepless nights instead (for both you and them).

With only 164 grammar schools in England and 69 in Northern Ireland, competition is fierce for a place at one of these prestigious schools – sometimes with up to 20 applicants to one spot.

With such a large amount of applicants, children are now often required to score over 90% to be in with a chance of a place – and spend a large amount of time preparing for the exam itself, with some parents working with private tutors from as early as their child’s pre-school days.

With reports stating that a large percentage of children, on whom the pressure to perform well in these examinations is more intense than ever, as parents, how can we prepare our children for the 11+ in the best way possible – both academically and mentally?

Both Bond and Galore Park (the company that produce the official 11+ exam papers) offer a number of definitive resources for study, revision and practice, including workbooks, mock exam papers and verbal and non-verbal reasoning guides. Bond also offer an interactive unlimited question bank online for a small monthly subscription, with access to thousands of 11+ practice questions, instant marking and feedback and progress reports, with time sensitive activities designed to improve their ability to work within set time parameters as they would in exams.

Whilst compiled to allow your child to work independently, parents’ involvement can prove invaluable throughout the study and revision process – allowing you to tackle questions together, build confidence and realise any weaknesses that may need to be addressed.

Personal or group tutors have also risen in popularity amidst the tightening competition for school places, with many children participating in sessions once or twice a week or at the weekend. Manny & Me is able to help in this department too, we have a constantly growing family of individuals that are able to not only tutor specifically for 11+ exams, but also help with a wide range of childcare tasks, at the same time.

When studying, the right environment is also key – is the room free of distractions, their phone and the television switched off? Is there enough light? Are they hungry or tired? Little and often is usually best, with short breaks every 45 minutes or so allowing what they have read to sink in, before sitting down and cracking on again.

It’s also essential to prepare your child for the day of the exam itself. 11+ invigilators say that children breaking down in fits of tears and being unable to complete the tests are not uncommon when they finally reach the exam hall. Reassure them that whatever the outcome, as long as they do their best you’ll be proud of them and, perhaps most importantly, work with them on methods to stay calm under pressure, which can be key to a make-or-break performance on the day – see our feature on mindfulness for further tips on this.